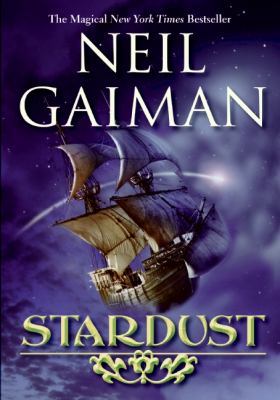 Quickie Review: 3 out of 5 stars on GoodReads. Wait, you didn’t know that the amazing film came from a book? Neither did I!
A great adventure, action packed, some great lines of prose written, I liked how it was rather mature and more violent. Loved the little man and the unicorn scene and cottage scene.Wish it had been longer and just wish there was something more to it. Maybe I’m too much of an epic fantasy lover.

Plot: People are told that it’s about sky pirates – don’t get your hopes up. The sky pirates are in it for like 5 pages, just like they’re only in it for unfortunately like 20 minutes of the film. But moving on; Tristan is a below-average young boy who needs to man up and so for his love, he goes on an adventure and in it he developes and goes on an interesting journey and learns what love truelly is while in the background other forces are trying to get in his way! Also the first half isn’t about him at all. So you’ve been warned.

Negatives: I felt it was very rushed and the film seemed to fill in those parts I really wanted and to be honest; I think the film was better. Also did not like how his mother acted all high and mightly straight away at the end there; you’ve only just met!! Also felt the romance came out of no where, I clearly missed the development there. Some lines were ridiculous too;

There was a skyness to the sky and a nowness to the world…
Her understood that he was, in some way, above his problems, just as he was above the world.

Maybe it’s just me but seriously? Cheese-fest! Final note on the negs; I am a huge fan of the film and being a lover of the film and not even knowing it was based on a book until like this year, I naturally have biased reviews.

Overall, I enjoyed the book but clearly had a few problems with it, mainly because I am all for the movie and feel like the book lost a lot of potential that the film managed to find and show off. I did however like that the book was more violent and more mature.

What do you think? Have you read the book? Same opinion? Completely different? Let me know!

6 thoughts on “StarDust by Neil Gaiman”