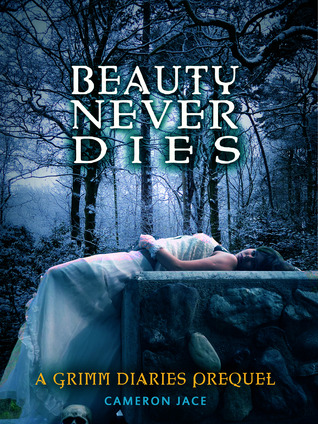 Cannot believe it’s been a month since I finished a book and reviewed one! Many apologies but at least I hath another one for you all! It is the third prequel story/novella to the ‘The Grimm Diaries’ by the same author.

I realise my star ratings are going down as I read these prequels (first one was 4 stars, second was 3 stars) but I have enjoyed every single one so far, it’s just that what I class as fairy tales, is what’s affecting my marking; at least in this one. This ‘diary’ entry is in the PoV of Peter Pan. And I have to say, I love how not so child-like Peter is! He is very much aware that he doesn’t grow up but sees both the good and bad side to not growing up – completely different to at least the Disney version of Peter Pan.

Unfortunately, because I hadn’t read one of these stories in over 3 months, I kind of forget the plot a little but luckily these prequels keep reminding the reader what all these fairy tale characters are aiming for while explaining their own goals and such. I liked the humour in this book and the interaction with Peter and the other characters. The ending I did love with the twist as to who the girl actually was! But here comes my main negative and the reason why it’s rated so low even though I enjoyed it a lot; characters who aren’t fairy tale characters are being included.

Minus me being conflicted with what I personally class as fairy tale characters; I very much enjoyed it and once again, the ending was awesome! I do thoroughly intend to carry on! ^_^

Have you read these? Any fairy tale books/novels you recommend? (and don’t all say Cinder! xD)