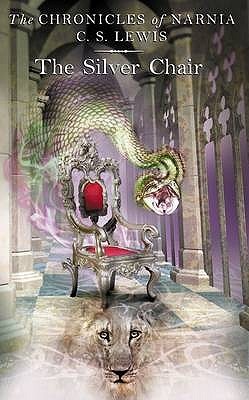 I had read the first 5 books of Narnia about 3/4 years ago and now I’m finally getting around to finishing the series! (fingers crossed before the year is over so I can move on!). I loved the adventure, the characters were interesting – I especially liked the Marsh-Wiggle and his mass negativeness xD and I liked the character development that Jill went through. The plot was also interesting – I especially liked the giants and the going underground and meeting them creatures.

But it didn’t have the wow factor and now that I’m older, I can see the mass of religious influence in the book and I, personally, just don’t do religion, especially in my fantasy books so the whole ‘Aslan is god and god helps us and we live with Aslan up in the clouds after death’ stuff (absolutely no offence to those who are religious, I can completely understand your standpoint as I went to a Catholic school for 12 years and so was/am technically a Catholic) just bored the pants of me and made me think ‘stop preaching jesus christ’ no pun or offence intended, I just say that ‘swear word’ (it’s classed as a swear word slash bad phrase at least in England) a lot. I also didn’t like how little the actual ‘Silver Chair’ was in it for – why call it ‘The Silver Chair’ if it’s only in it for like 2 pages?! But having said that, some books don’t even have a title that matches the contents or has anything related to the title xD

And I think the child and 21st linguist in me is at fault but I could help but giggle and be amused by the overuse of the word ‘gay’ which obviously was in a completely different context to what it’s used today but I couldn’t help myself!