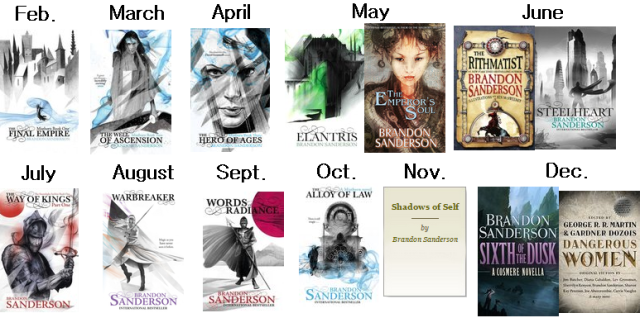 (Excuse the crappy image but cba making anything fancy)

My lovely booktuber friends have just annouced #YearofCosmere! If you love Brandon Sanderson or want to start reading his books then definitely keep reading! It starts February with The Finale Empire (Mistborn #1) and will run all year ending in a live chatshow in January next year! But enough of me! More information here and below:

This is perfect timing for me as well ALL know I want to read all of Sanderson’s books this year that have been released up until last year!! So I will see you all in March because I’ve already read Mistborn #1 and spoilers; I freaking love it and it’s a 5 star book for me!